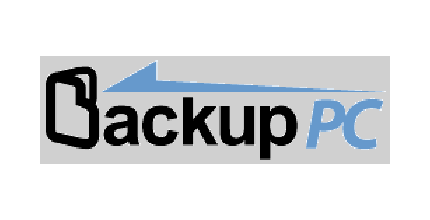 I have been using BackupPC for many years. Certainly the management interface is from another time, but let’s not stop at that…. This choice remains valid because it is very simple to implement, no client to install, everything is done by SSH and Rsync access. The number of functionalities is high, and managed through a web interface. Possibility of delegation of management by account/password. The alert system warns when a server could not be backed up, you can order pre- and/or post-backup operations. Since there is no need for a client, its integration into an automatic bootp installation is very simple, just preload the SSH authentication key on the new server. BackupPC has a process for optimizing storage space. When you back up, for example, 2 units with almost identical systems, BackupPC will only keep one copy of the common files and thus considerably reduce the storage space, especially when the park is very homogeneous.

Install the necessary packages on one of the Datacenter servers :

Create an SSH key for the backuppc user :

The backup data of the client servers is stored in the “/var/lib/backuppc” directory. I advise you to mount an independent file system (SD card,…) of type XFS. Choosing the XFS type avoids having to deal with the problem of the number of inodes used. This directory will contain a multitude of small files. XFS generates the necessary inodes dynamically, unlike ext4.

Prepare your independent Filesystem, for example an SD card with the XFS type. Add it to /etc/fstab :

Check that the SD card is mounted on /var/lib/backuppc

There is no backuppc client, everything runs through an SSH channel, just check that the rsync package is installed :

Copy the key id_rsa.pub from the **backup server ** to the file /root/.ssh/authorized_keys

Backups are made via an SSH link. The first connection to a server via this protocol requires accepting the fingerprint of the server to which you are connecting. The problem will occur when the backuppc service performs the first backups.
The backup command, recorded in the service settings, requires a modification : 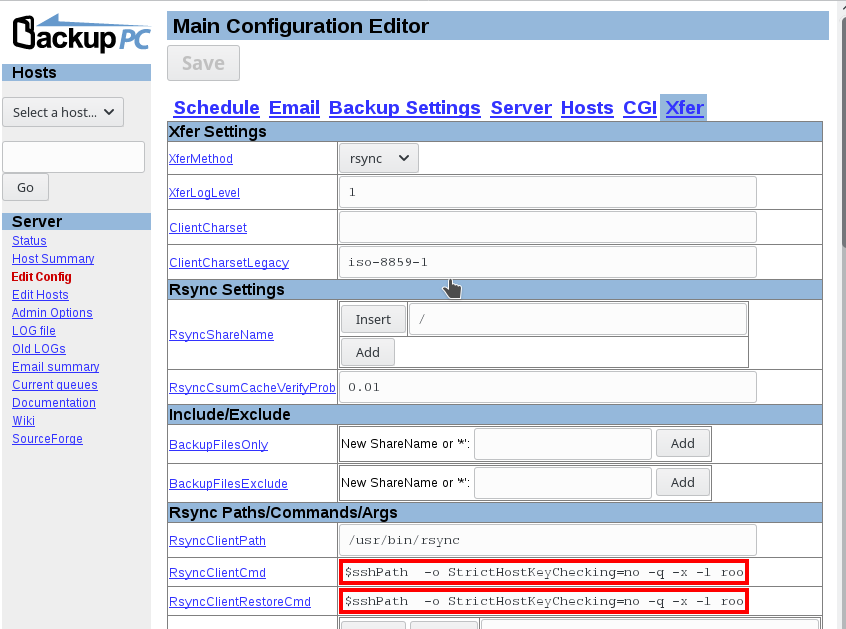 Configuring the backup method with rsync and an SSH link

Click on the “Edit Config” menu, tab “Xfer”, and replace the contents of the “RsyncClientCmd” and “RsyncClientRestoreCmd” fields with :

This modification avoids getting the error (log backuppc): “Unable to read 4 bytes “. The alternative but more time-consuming solution consists in connecting from the “backuppc” account to each of the servers to be backed up and accepting the “fingerprint”.

During this operation, if the following message appears: “ParPath must be a valid executable path”, install the package “par2” :

Exclusions can be managed in a general way, by the “Edit Config” menu of the main menu, or, case by case: Select a server, then click on the “Edit Config” menu in its area. Select the “Xfer” tab
Add parameters in the “RsyncArgs” field, one per exclusion, as follows: –exclude=[Absolute path of the directory or file to be excluded]

Click on the “Save” button to save the changes.

Open a “root” console on the Backuppc server, then :